Feel It All Around – Washed Out

There is nothing more Americana than traveling cross-country with your best friends. This summer I had the chance to travel to the land of rain and ancient buildings, Detroit. Long story short, my best friend (Manny Amaya)  asked me if I would tag along with him and his sister (Alicia Amaya) to Detroit. “Say no more, I’m in” was what I think I said. Next thing you know we’re on the road to Detroit in mid-June. We drove ten hours after working a full day shift was probably not the best decision, especially when it came to surviving West Virginia at 3AM. Manny got first shift so I streamed the Season 5 finale of Game of Thrones” in the back seat, just like a good millennial. But omg (Spoilers, spoilers, spoilers) that will (spoilers).  The Sheets gas station is also the place to hang out in West Virginia too. After coasting through the plains of Ohio and reaching Michigan, we soon arrived to a secluded community and picked up the package. The package happened to be their little 9 year old brother, and he was coming back with us for the summer. (Plot twist) 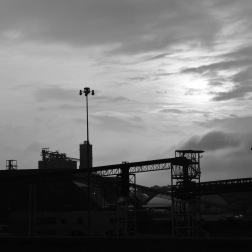 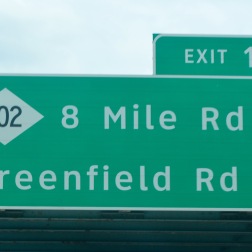 We decided to explore the city for a bit. Making much needed pit stops at the local thrift store and foodie joints, we found that Detroit was to our liking, until the rain came. It happened about two hours into our city exploring and only made the journey more eventful. There is nothing like Detroit rain, all the hopes and haze of the city coming down in droplet form to wash away the abandoned dust. Of course we weren’t used to it or properly packed so decided to skip town with sad faces. The city was amazing though, the old architecture found in the central locations surrounded by smaller shops. Despite it ruining our day, the rain added to the mysticism of the old castle town.

However, our early exit allowed us to arrive in Columbus, Ohio at the peak of the afternoon. We drove through the city and found ourselves on High street because there was a place we just had to try.  we partook in the White Castle (Not the “Harold & Kumar” kind) experience and for the first time I discovered that ten burgers and chicken tenders could be demolished in fifteen minutes. The venues around High Street were very reminiscent of Carrboro, NC. Now, mind you everything after the first paragraph has been done with a nine-year old active Hispanic boy. So our car ride from Detroit to Ohio was full of YouTube videos and random questions about Five Nights At Freddy’s. Just know that children legitamitely do ask “are we there yet” about every thirty minutes; imagine how many times we responded over a ten hour car ride! It wasn’t all bad however, because for the first time in nine years the Amaya siblings were together and to partake in this moment was more than fun, it was something to be cherished. 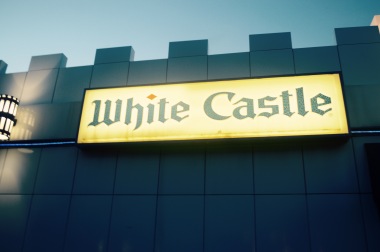 We left Columbus with our bellies full and our bladders empty to arrive back in Charlotte at 3AM. The mission was a success and a summer of hilarity was on the horizon. We all spent the next two months growing as we instilled the values of North Carolina, anime and family into a nine year old boy from Detroit. I earned the title of “Tio Lee”, (which means “Uncle” in Spanish). Big things come in small packages, but isn’t that how change works too?

One thought on “TGM: The Lion’s Den”