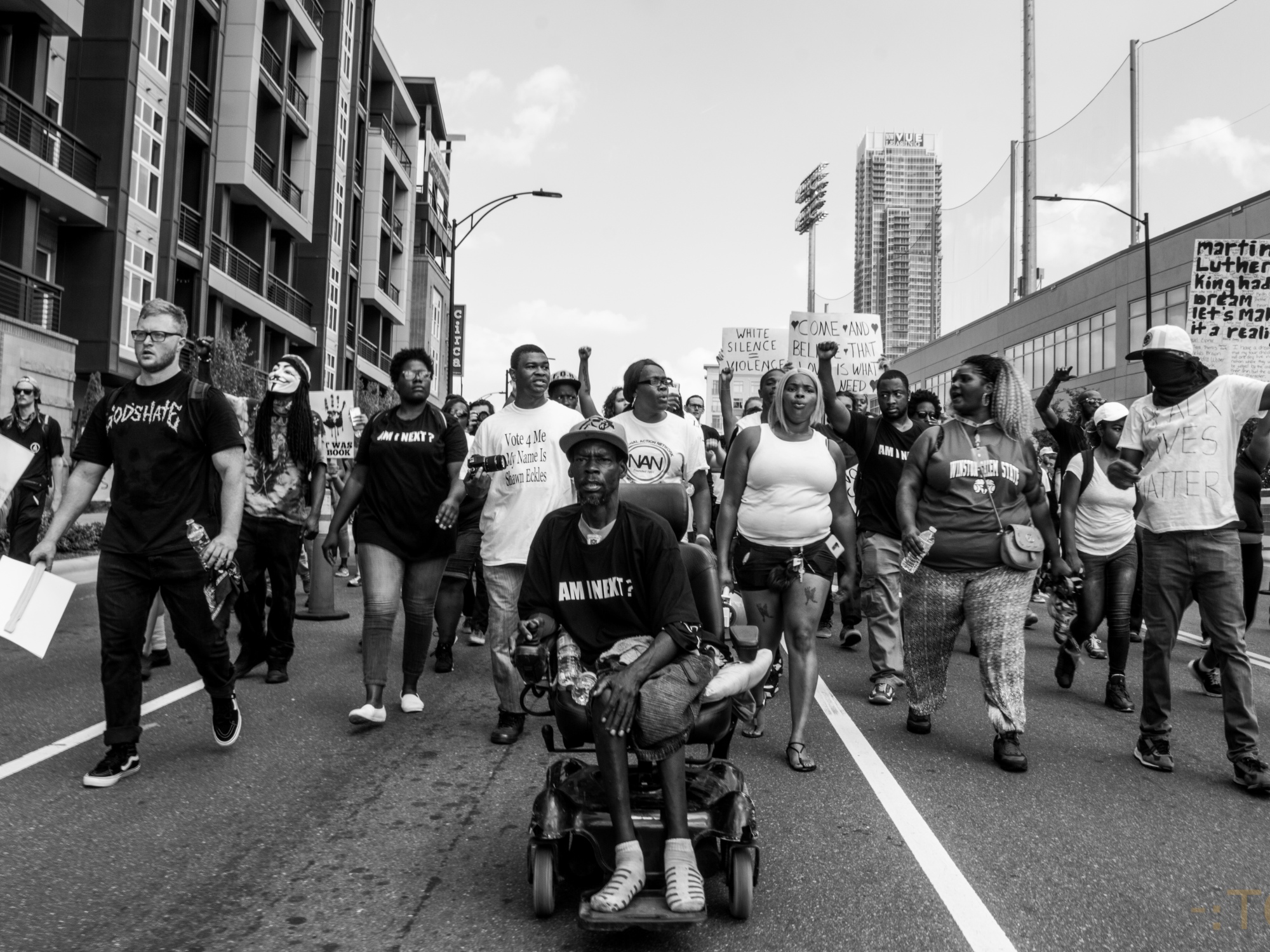 I’m going to do my best to give my honest opinion about the status of Charlotte, NC. This is not a promotional narrative for either side of the story, this is about the atmosphere from the streets, and the underlying tension that has filled the city this week.

On Tuesday afternoon, on Old Concord Road, Keith Lamont Scott was shot and killed by the Charlotte Mecklenburg Police Department. There are conflicting reports between the police and witnesses. The law claimed that Scott, who was a disabled black man, was armed and threatened police. They also claim that Officer Brinson, who is also black (but that doesn’t really matter), was the shooter. However witnesses claim that Scott was shot by an undercover white officer while he was reading a book. Regardless, he was killed while waiting for his son to get off of the bus. This is what started the Charlotte Uprising. The city proceeded to riot in response. The situation escalated on Wednesday when Justin Carr, a local activist was shot and died after being in critical condition. Once again conflicting reports arose, eyewitnesses blaming the police, the police blaming the crowd. Regardless, another man was dead and Charlotte changed its tactics. Instead of rioting however the crowd turned to peaceful protests, despite what was broadcast.

I can speak on the situation because I was down on the front lines. The police stood on one side, riot gear, batons and zip ties ready for an assault while the activist stood wearing bandanas, gas masks and picket signs ready to stand for what they believed in. There was no violence after Wednesday night, no tear gas, no fires or attacks. Both sides were harassing each other, cameramen singling out “certain individuals” to interview, protestors shouting “f*ck the cops” and other similar scenarios. No one side was violent, but I will say that the oppressors were agitating and enticing the crowd. They allowed white civilians to push and verbally assault protestors without addressing the situation. There was clearly a double standard, but that’s not surprising right? A few stand-offs happened throughout the day and the protestors shut down intersections, blocking post-game traffic. Overall, the conscious citizens and allies of the Charlotte held their own against the forces of the oppressive government, but I believe this is only the beginning of the uprising. If you’re in Charlotte, stay safe.

I came to Charlotte with one goal in mind: to shed light on the situation. For far too long, the mass media has been exploiting the lives and even deaths of minorities here in America, in order to promote a narrative. Think back to all cases similar to this (there really are too many to count), and notice how they almost always sound exactly the same, why do you think that is? Because the media has control of the perception, and without any opposing viewpoints how can one expect to know the real truth. That’s where these pictures come into play. This is what really happened during the protest held on Sunday September 25. I hope these pictures will share the story of that day, rather than the fabricated “truth” that runs on the 6:00PM news.  Part two of this series will feature more images from the other protests throughout the week, and more intimate shots from the  the front lines.